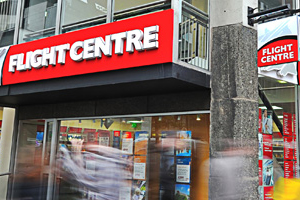 Locations in London, Bristol, Leeds and Aberdeen have been earmarked, with a store in Victoria due to open tomorrow.

The disclosure came at the company’s annual meeting in Brisbane where the company forecast profit growth of 8-12% in the year to June 2014.

The projection comes on the back of an underlying record pre-tax profit of A$343.1 million for the 12 months to June this year.

Turner said: “The UK management team continues to focus on its goal of delivering just under £1.5 billion in total transaction value by 2017.

“This year, new hyperstores are scheduled to open in Victoria (London), Bristol, Leeds and probably Aberdeen, with the Victoria store due to open tomorrow.”

Flight Centre opened its 2,500th shop and business in July and announced plans to expand its global sales force by 8-10% during 2013/14.