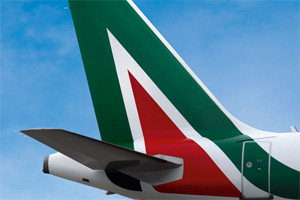 Air France-KLM has written off the value of its stake in Alitalia and told the Italian government it would ignore an emergency cash call for the loss-making airline unless “very strict conditions” were met.

The Franco-Dutch airline group’s chief executive Alexandre de Juniac said he had been “offended and discouraged” by the conduct of talks to keep Alitalia afloat.

“We are not here to put money into a company that cannot last for the long term. We need a real, robust plan that will stay the course,” he said after announcing higher third-quarter profits.

Air France-KLM took an impairment charge of €119 million, fully depreciating the value of its 25% stake in Alitalia.

Alitalia later said its nine-month loss had widened to €162 million from €119 million a year ago.

The struggling Italian carrier has asked shareholders to take part in a €300 million euro capital increase. But it said yesterday that only three of its 21 Italian investors had subscribed so far.

Air France-KLM, forced by a weak economy to put back its own debt reduction plans by as much as a year, says it backs Alitalia’s financing move in principle. But it has kept the airline guessing over whether it will participate, despite mounting pressure from Italian shareholders.

If it refuses to participate in the increase, Air France-KLM’s 25% stake will fall automatically to 11%.

Air France-KLM, which took part in a shareholder loan early this year, has given few details on its conditions for investing more in Alitalia which has seen a decade of losses.

But de Juniac set out a broad agenda for any agreement that appeared to include jobs. The conditions cover the medium-haul and long-haul networks, “social mechanisms” and “financially, a very strong restructuring,” he told a news conference.

“We don’t have the money to do something temporary. This is not a punishment for the Italians or bad treatment. I think it is good for the Italians that we do this,” he said, adding Air France-KLM had sometimes been kept “out of the loop,” Reuters reported.