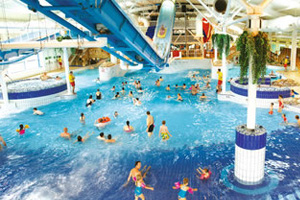 Bourne Leisure is to invest £4 million into upgrading accommodation at Butlins’ three resorts for next year.

The company would not reveal any specific details of how the money would be spent, but confirmed it was in addition to the £12 million already earmarked for a new Chalet Village planned for 2015.

Also new in the Butlins 2014 brochure is a fairground at Butlins Minehead, set to open early next year. This is based on the success of Sir Billy’s fairground in Bognor Regis and will feature rides such as Helter Skelter, Waltzer, Vintage Carousel, and Dodgems.

In Bognor Regis, traditional 1950s amusements and a diner will be added, while Skegness will have a new Firehouse Grill restaurant for 2014.

New Butlins stores stocking popular merchandise such as Billy Bear, Bonnie Bear and the Skyline Gang will open at all three resorts.

New entertainment lined up for next year includes Scooby-Doo Live, while other new shows for 2014 include Cbeebies TV favourite Mister Maker and a summer Acrobatic Spectacular Show.

The new brochure is accompanied by a travel agent guide, half price customer leaflets, stickers and a competition to win £50 of high-street vouchers or a soft toy of Brainz, the travel agent expert.

Early booking offer posters will be available for agents to download from Bourneleisuresales.co.uk.

A three-night break at Butlins costs from £45 per person in 2014, based on two adults and two children sharing a standard self-catering apartment on a selected four night term-time break.