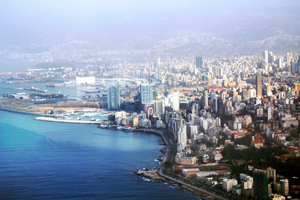 Lebanon is looking to attract more Brits to the destination but FCO advice over Syria and other neighbouring countries makes it difficult, the country’s tourism ministry has said.

Mona Farres, head of promotion department for the ministry of tourism in Lebanon, said the culture and heritage of Lebanon would prove popular to the Brits, which is currently not a major source market.

Speaking to Travel Weekly, Farres said she was aware more and more Brits were looking to immerse themselves in a country’s culture.

“We have a lot of exhibitions and art displays and six or seven Unesco sites. Cultural trips are very popular for us and this is something the British people can enjoy more of.”

She said while she is hoping to attract more Brits, it was difficult because of the Foreign Office’s advice for surrounding countries, such as Syria. She admitted that the trouble there was causing problems in attracting Brits.

However, Farres said the niche market of health tourism is continuously growing in Lebanon and is proving popular with tourists from across Europe and neighbouring countries.

“We have a lot of people coming for aesthetic surgery and that is a niche market that is really growing and emerging,” she said.

She explained that religious tourism was doing well, while the adventure market was also proving strong with a range of sports available such as skiing and rafting.

Farres added that a new port in Jounieh would attract more visitors when it opens in the next couple of years.

“It will be able to host some of the larger and more well known cruise brands and their ships,” she said.