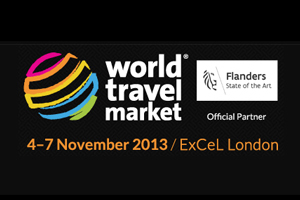 All visitor groups saw growth over the four days, according to unaudited figures, with the WTM Buyers’ Club seeing an 8% increase.

This increase in senior buyers will see the event facilitate more than £2 billion in industry deals, according to organisers.

Trade visitors were up by 5%, international media (4%) and exhibitor personnel (2%) over last year.

Reed Travel Exhibitions WTM senior director Simon Press said: “These figures demonstrate the power and importance of WTM to the industry and the role it plays in facilitating business for the sector.

“The resounding success can also be accredited to the increased focus WTM put on travel technology and luxury, with the Travel Tech Show at WTM and A taste of ILTM at WTM debuting this year.

“World Travel Market 2012 generated £1.8 billion in travel industry contracts between exhibitors and senior buyers from the WTM Buyers’ Club, with WTM 2013 looking set to top £2 billion, making this year’s event the most successful of the 34 WTMs.”

World Travel Market’s attendance figures will be audited by Audit Bureau of Circulation (ABC) in the new year.