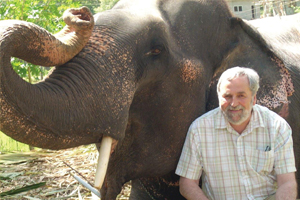 When Dave Archer began his career in the trade more than four decades ago, travel agencies were staffed only by men and form-filling was the norm.

As Dave approaches retirement 45 years on, staff, customers and booking methods could not be more different.

“The principles of being a travel agent are still the same, but customers are far more aware of destinations, so as an agent you do need to know your stuff,” says Dave, 64, of RB Collection, the new parent brand of Robert Broad Travel.

Dave remembers only too well how different life was working on the counter of Thomas Cook in Birmingham in 1972.

“There were a dozen or so people on the counter, but none were women. I think the first woman to work as an agent for Thomas Cook actually started in Birmingham in the 1970s,” he recalls.

At that time Thomas Cook only sold its own tour operator product, while all bookings involved talking face-to-face with clients, followed by copious amounts of paperwork.

“We didn’t sell anyone else’s holidays and we had to fill in forms to book passengers on a boat to go to South Africa, for example,” recalls Dave.

“But the biggest change has got to be the technology and social media.”

One of the highlights of Dave’s career was his stint of nearly 20 years at Gulf Air, during which time he became an expert in the Middle East as well as treasurer of the Midland Airline Committee, which organised monthly lunches for senior airline staff.

“It was a great time to work for an airline. Gulf Air was new, fares were still good so it was a boom time and really exciting,” says Dave.

His job allowed extensive travel around the Middle East. “At that time, there was no hint of terrorism and there was nothing in Dubai compared with now,” he says.

After a decade back in a retail travel agency, Dave now feels it’s time to retire. “They have been very good to me here but I’m going to have some me-time now and put my feet up,” he adds.