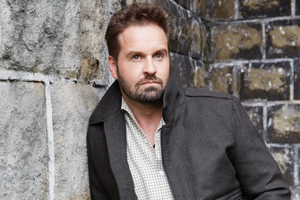 Classical singer Alfie Boe is to perform on one of a series of new short-break sailings introduced by P&O Cruises.

He will be appearing on Azura during a four-night cruise break from Southampton in the May half-term school holiday.

A further three short-break cruises have also been made available later in the year.

Alfie Boe, who sang at the Queen’s Diamond Jubilee Concert at Buckingham Palace last year, is on a May 26 departure to Belgium and Guernsey which went on sale yesterday (Sunday) with early saver fares starting at £329 per person.

The line’s marketing director Christopher Edgington said: “We are thrilled to have Alfie Boe performing on Azura. He’s a big name British act who has performed to huge crowds at the O2 Arena, Royal Albert Hall and Buckingham Palace.

This will be a very special and intimate performance, which passengers of all ages can enjoy, for no extra charge other than the price of the cruise.

“These short-break cruises are a great alternative to a hotel/city break and perfect for those who have never cruised before.”