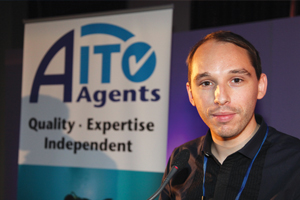 Members’ sales of Aito tour operators this year are 15% up year on year, the biggest sales increase recorded for more than three years.

Aito Agents’ membership spans 122 branches, up from 99 a couple of years ago when numbers fell after key members ceased trading in the recession. The growth in branches is largely due to existing members opening shops. The association has had as many as 140 branches in the past and has a five-year target of 150 branches.

“We are back on track after a really tough time,” said Broad. “The association is in a really strong position and our strategy is paying off.”

Sales of Aito operator holidays are up following a concerted focus by Aito agents on selling product of the association’s suppliers. The upturn has been aided by Aito’s All Stars Incentive scheme, designed to reward agents for supporting these suppliers.

Broad added: “Our independent members are recognising the importance of supporting Aito operators because of the service they provide.”

In January, the association will hold its largest-ever domestic conference, with more than 220 delegates expected to attend. It also plans to hold seven agent and operator dinners nationwide next year.

Agents’ individual profiles are due to be added to the association’s website in January. The site already allows searches of its members via a Google map.