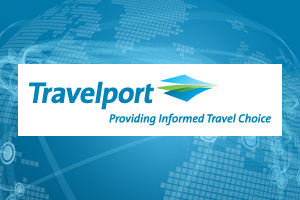 Travelport has told agents it is confident of reaching an agreement with British Airways after the airline warned that it may remove some fares from the global distribution system.

The existing full content deal between the two companies is due to expire tomorrow (December 10). Negotiations on a new agreement continued at the weekend.

British Airways has warned partners that it may withdraw its lowest fares from Travelport and levy a point-of-sale charge on short-haul economy fares from Wednesday if no agreement is reached.

However, in a letter sent to partners on Friday, Kurt Ekert, chief commercial officer of Travelport, said: “We are optimistic that BA and Travelport will reach a new long-term agreement soon that meets the needs of all parties in the distribution value chain.”

Ekert said he hoped the current commercial terms would be maintained.

“As we continue our discussions, Travelport intends to maintain the terms of its current commercial relationship with BA, with the BA opt-in program remaining intact, and our sincere hope is that BA will do likewise.

“Should BA choose not to follow this course and take any actions that are not in your best interest, we will respond as appropriate and communicate more details at such time.”

The Scottish Passenger Agents Association last month voiced its concern and issued a plea to ensure any new deal does not drive up the costs for agents booking BA.

Association past president Kevin Thom said: “The SPAA would implore that both parties during their negotiations are cognizant of the current economic climate, and ensure that per sector charges for booking BA is not driven up, and that those agents who have previously opted into this surcharge scheme are still guaranteed access to full content of the airlines inventory and fares.”