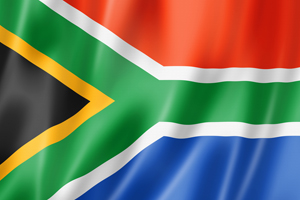 The trade paid tribute to Nelson Mandela this week, with one agent dedicating a window display to the former South African president.

Ultimate Destinations in Chorleywood, Hertfordshire, created a picture montage of Mandela on the day after his death, next to the country’s flag.

Managing director Alan Haynes said: “I was planning to put up Christmas decorations but decided to do this instead as a mark of respect. Mandela was one of the most inspirational statesmen of our generation and South Africa became a place to visit because of him.

“People thanked me for doing it, and young children came and looked at it. I didn’t do it to get bookings, although I would like to sell more holidays to South Africa.”

Tour operators also paid tribute to Mandela for opening up the country to modern tourism.

Aito chairman Derek Moore said: “He opened South Africa to the travel trade. If it hadn’t been for him, it might have taken years to calm down after the end of apartheid.”

Claire Farley, founder of Africa specialist 2by2 Holidays, said: “To say his impact on tourism to South Africa has been enormous is an understatement. In the 23 years since his release from prison, the number of tourists travelling to South Africa has increased threefold to over nine million a year.”

Following Mandela’s death on December 5, the Foreign & Commonwealth Office reviewed its advice to South Africa to reflect a national week of mourning, warning of travel disruption and possible accommodation shortages in the Johannesburg, Pretoria and Eastern Cape areas.

Official memorial services will be held in all South African provinces and regions. Mandela will be laid to rest in Qunu, Eastern Cape, on Sunday.