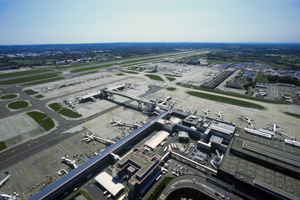 Gatwick saw passenger numbers rise by 4.1% to 2.3 million last month over November 2012 as it pushed its case again for a second runway.

The majority of this growth was on flights to key business routes, with destinations such as Moscow, Istanbul and Oslo adding over 85,000 passengers.

But the rise was tempered by fewer passengers on charter flights to European leisure destinations, reflecting a longer-term move towards low-cost scheduled airlines, the airport said.

The growth in routes to continental Europe, Ireland and the Channel Islands continued with over 1.5 million passengers flying from Gatwick – an increase of 6.6% over the prior year.

Other long-haul growth was up 9.6%, mainly as a result of increases on leisure routes such as Thailand and Morocco. This was complemented by growth on long-haul business routes such as Dubai and Vietnam.

Traffic to North America dropped 12.8% due to US Airways ceasing services from Gatwick earlier in the year.

However, next summer’s launch of three new direct Norwegian flights to the US, which include New York, Los Angeles and Fort Lauderdale, will see the airport’s historically strong transatlantic traffic return.

Increases on domestic routes to Belfast and Isle of Man routes were offset by the withdrawal of a Manchester service.

Load factors – showing how full the average flight was – were at 80.4%, in line with the same month last year.

The airport’s chief financial officer Nick Dunn said: “Gatwick has the largest short-haul network of any UK airport and we have continued to see growth on these routes in November, with over 1.5 million passengers travelling to destinations in continental Europe, Ireland and the Channel Islands.

“Business routes are performing particularly strongly, especially to high growth markets such as Russia, Turkey and Vietnam, as well as more established markets including Dubai and Scandinavia.

“The diverse international routes we now serve, coupled with our strong domestic network – the largest of any UK airport – demonstrate how far Gatwick has come in four years of new ownership. This will only increase as we add new services to North America and Asia next year, including direct routes to New York and Jakarta.

“Gatwick has already proved it can compete with other London airports to win new airlines and routes with a single runway.

“A two-runway Gatwick would provide even greater choice to passengers in the future – and we could do it more quickly, affordably and with lower environmental impacts than any other option.”