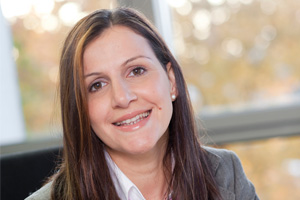 As part of the new management structure, Andy Baker has been promoted to chief marketing officer with responsibility for UK and International sales and marketing.

Bedlow officially leaves in June, although it is understood she has already relinquished day-to-day management responsibilities.

Her role will be split between Baker and Kundi as well as CIO Marwan Mazraani, Laura Dryden in human resources, Nathalie Kouzi in Sales and Communications and Anna Emmerson in Finance.

Youtravel management will report into Roula Jouny (pictured), chief executive of Meeting Point International (MPI) Group, a division of Germany-based FTI which took an 85% stake in Youtravel 18 months ago.

She has been actively involved in the restructure of the Youtravel Group over the last 18 months and has been driving the development of new product.

Jouny said: “I am delighted to be part of the Youtravel story.

“The restructuring is aligned to three main priorities – to ensure speed and accuracy in decision-making, to enhance sales strategy and implementation and to strengthen existing business and develop new capabilities.

“We will continue to make changes and adjust our strategy as necessary in order to best meet today’s and tomorrow’s business challenges.”

She added: “We would like to thank Jacky for her contribution to the success of the business during her tenure as chief executive and extend our very best wishes for the future.”

Baker said: “In the last six months we have built significant growth in all of Youtravel’s divisions.

“We now have a tremendous opportunity to consolidate our excellent relationship with our worldwide distribution partners and our solid 2013 performance and drive further growth in 2014 both nationally and internationally.

“We remain committed to the trade and continuously seek out opportunities to build on Youtravel’s momentum as one of the fastest developing accommodation-only providers. We look forward to a strong year ahead with our business partners.”

As part of the announcement of Bedlow’s departure, Youtravel claimed it saw a 57% increase in revenue in 2013 over 2012.

It added early indications for 2014 are showing business is 102 % up year on year and it has seen a 36% increase in the number of wholesalers and travel agents regularly using youtravel.com as an accommodation-only provider.

The firm recorded a 69% growth in its destination portfolio in the last six months, focusing on additional destinations in the Mediterranean such as Italy, the Azores, Slovenia, Croatia, Montenegro, Serbia and medium and long-haul destinations including the Emirates, Oman, Thailand and more.

Eighteen hotels of sister company Meeting Point Hotel Management, located in Turkey, Egypt, Malta and the Canary Islands and operating under the Aquis Hotels and Resorts brand, have recently been added to its exclusive portfolio, partially contributing to the significant growth.

Youtravel has also established strong product management teams in 17 destinations. It has also undergone a major upgrade of its IT and Data Management resources, designed to offer flexibility to its trade partners and increase bookings from its UK and international markets alike.