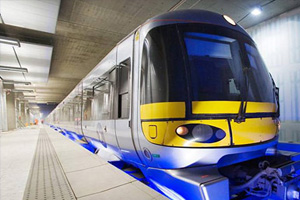 A 48-hour strike is to be staged by rail workers on the Heathrow Express.

Members of the Rail, Maritime and Transport Union plan to walk out at 3am on April 29.

The dispute is over plans to reorganise the workforce which the union claims could threaten more than 200 jobs.

The industrial action is set to take place just hours after London Underground workers are due to start five days of strike action over ticket office closures.

RMT members at London Underground will walk out from 9pm on April 28 for two days and again on May 5 for three days.

Heathrow Express said it hoped to resolve the dispute to avoid “damaging industrial action”, but said it had a “robust” contingency plan in place.

The rail company hopes that reorganisation plans will help to save £6m over the next five years but the RMT said this would mean some 201 jobs would be threated.

Acting general secretary Mick Cash told the BBC: “RMT has repeatedly made it clear the Heathrow Express proposals are completely unacceptable and under no circumstances will the union tolerate a situation where members are made to pay for the company’s cost-cutting agenda.”

Heathrow Express managing director Keith Greenfield said: “A strike is not the answer. It will increase costs when we are trying to reduce them, taking us further away from what we need to do to secure our business for the future.

“However… we have a robust contingency plan that will enable us to run regular trains for as long as any industrial action lasts.”