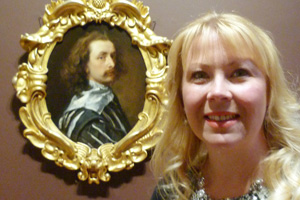 Independent agency Haslemere Travel has been instrumental in raising funds for the £10 million purchase of a celebrated Van Dyck self-portrait.

The Sir Anthony Van Dyck self-portrait appeal, led by the National Portrait Gallery and the Art Fund, which was concluded with the £10m target reached with the help of a major public appeal.

Painted shortly before the Flemish artist died in 1641, it has been called “one of the finest and most important self-portraits” in British art and is housed in an elaborate, Italianate-English frame.

Described as a work of huge international importance, the self-portrait had been sold abroad in 2013 before a temporary export ban was imposed. It was then offered to the National Portrait Gallery for £10 million, a reduction on the original price of £12.5 million.

Haslemere Travel managing director Gemma Antrobus said: “It is acknowledged that Van Dyck is one of the greatest artists to have worked in Britain; no other artist has had such a dramatic impact on British portraiture and our Haslemere-based company is immensely proud to have played its part in saving this painting for the nation.”

Stephen Deuchar, director of the Art Fund, said: “The campaign to save this remarkable painting has stirred up astonishing public support – making it one of the most successful appeals of the last 100 years.”