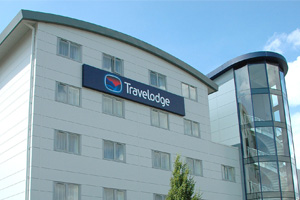 A £25 million advertising campaign to inspire Britain to ‘get up and go’ is to be run by Travelodge.

Travelodge cut prices for Wi-Fi to an initial free period of 30 minutes and £3 for up to 24 hours last month.

It marks the chain’s return to television after a four-year absence and launches with an extended ad during ITV’s Britain’s Got Talent on Saturday.

“We’ve expanded from our traditional roadside locations and now have more than 500 hotels. We’ve been investing a million pounds a week in modernising our hotels and we’re installing more than 37,000 new Travelodge Dreamer beds.

“Our campaign inspires you to get up and go and explore all that Britain has to offer.”

The company will extend its network further this year, with 15 new hotels expected to open.

Gowers added: “Our continuing expansion into key city centres, our new more modern look and actions to slash the cost of Wi-Fi access are all part of our ongoing journey to become Britain’s favourite hotel for value.”