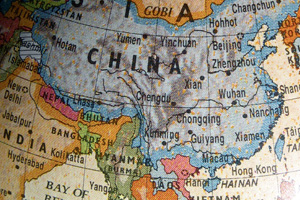 At least 381 people died and more than 1,800 were injured when a magnitude 6.1 earthquake struck China yesterday.

A group of 2,500 Chinese troops with life-detection instruments and digging equipment have been sent to the southwest province of Yunnan.

State broadcaster CCTV said the earthquake was the strongest to hit the mountainous province in 14 years.

President Xi Jinping called for “all-out efforts” to find survivors as he dispatched soldiers to the area.

They will join more than 300 police and firefighters from Zhaotong and about 400 emergency workers and sniffer dogs from across Yunnan province in the rescue operation, the BBC reported.

The Xinhua news agency reported that 12,000 houses had been destroyed and about 30,000 damaged.

But rescuers trying to deliver the much-needed supplies are struggling to reach the area due to heavy rain and landslides which have damaged many roads in the region.