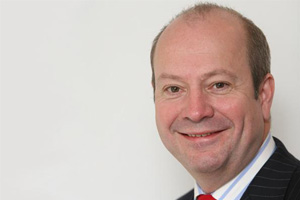 Many in the industry may be putting the Scottish no vote down as footnote in history. But Peter Hemington, partner at BDO LLP, argues that the alternative could have been disastrous for travel

Many of us in the British travel industry woke up at 6am on Friday morning (if we’d got to sleep the night before), turned on the Today programme and heard the news that Scotland had voted no. Crisis averted, we turned over and went back to sleep, or perhaps the more diligent of us got up to start our days in the knowledge that things were, actually, going to stay pretty much the same.

But what would it have been like if Scotland had voted to leave the Union?  Well, it could have been pretty bad.  The potentially disastrous sequence of events could have unfolded like this.

Pressure on exchange rates.  The pound took a big wobble last week when the markets began to factor in a possible departure of Scotland from the UK.  In fact, it stabilised again as further opinion polling suggested that this was increasingly unlikely.  However, if the polls had continued to move Yes-wards, there is no doubt that the pound would have continued to sink.

We all know the impact of a weak pound on the travel industry: in the short term profits are hit as unhedged foreign exchange costs rise dramatically.  In the short to medium term, travellers can be hit with surcharges, never popular, as the industry scrambles to recover lost profits.  However, they may also find that there are real bargains out there as the industry finds that it has overcapacity, with UK tourists being frightened off travel by the decline in the pound.  And as the next holiday season starts, a weak pound means that prices go up and demand goes down leading to lower sales and lower profits.

Capital leaving the country.  A classic sterling crisis involves investors taking fright at events in the UK and pulling their money out leading to dramatic falls in our foreign exchange reserves. This is because in the past, the Bank of England has attempted to support the pound at a particular level by buying pounds and selling foreign currency.

These crises were particularly common in the 1960s and 1970s largely because of poor economic growth, high inflation and industrial disruption.  Since the pound was floated in the 1970s, the Bank has tended not to try and support the pound at a particular level and we’ve not seen such a crisis as a result.

But the UK these days is perhaps more vulnerable in many ways to sudden capital outflows than it has ever been.  In the past we were a net investor abroad, and these investments generated dividends and interest which were a useful support to the economy.

However, post the financial crisis, we have actually liquidated large chunks of our foreign holdings.  But unfortunately we continue to consume far more than we earn by trading abroad.  In recent years this has not been a problem.

The UK has been a magnet for foreign capital for a variety of different reasons.  The US continues to invest strongly in the UK, attracted by our common language and culture and status as an easy place to trade in Europe from.  Many of our former colonial subjects invest here for similar reasons.  Others, such as the Russians and Chinese are attracted by the primacy of the rule of law and the predictability of our institutions.

All of this depends on the enormous prestige of the UK as a reliable place to put your money, underpinned by three centuries of gentle and benign constitutional development.  The last British reigning monarch to be overthrown was James II, toppled in the Glorious Revolution of 1688, which was also the last time foreign troops successfully trod our shores.  The last British prime minister to die violently was Spencer Perceval, shot by a madman in 1812.

We have a constitution which we have never even bothered to write down, so successful have the centuries of incremental change been in building a robust and widely accepted system of government.  No other country has such a long record of stability.

This could all have changed.  It is estimated that £50bn left our shores last week, as foreign investors panicked and liquidated their holdings of sterling assets.  We can handle that type of outflow, but if Scotland had voted yes much worse would have followed.

Investors could well have sold hundreds of billions of UK assets.  Foreign exchange reserves would have plummeted as a result and it would have become apparent that we were unable to finance our very substantial (7% of GDP) trade deficit.  We are unable by treaty to impose controls on capital flight, so the Bank of England would have been forced to use all means possible to stop the rot.  Ultimately the only real weapon at its disposal is:

So this has been a real crisis averted.  Thanks to the people of Scotland for their solid common sense in saving the Union.  And let’s all look forward to the creation of a new constitution for the union of the nations of these islands.