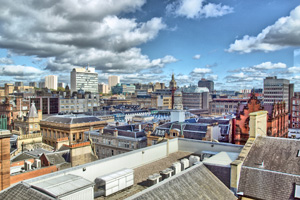 Strong occupancy was accompanied by a sharp increase in room revenue during the games.

The industry measure of room revenue performance, known as  revenue per available room (RevPAR), rose by 155% to £121.23 compared to the same 11 nights in 2013, according to the report by tourism market research specialists LJ Research.

While slightly below the average level recorded last year, it is only the third time since monthly record-keeping began in 1999 that average hotel occupancy in August reached 90% or more. By comparison, occupancy recorded in August 2001 averaged just 77%.

“Looking at our forward bookings there are no signs of any slowdown in demand or tapering of appetite to stay in the city.

“Among other things, the Ryder Cup, secured conference business and leisure events at the SSE Hydro will continue to generate new guests for Glasgow hotels.”