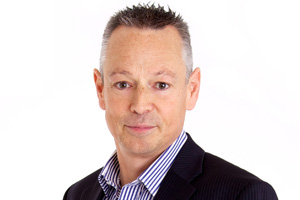 Glasgow-based Minoan Group has taken a 20% stake in Miles Morgan Travel in its first move south of the border.

Minoan subsidiary Stewart Travel agreed the investment in Miles Away, the holding company of Miles Morgan’s 12-strong agency chain based in the southwest and south Wales, for an undisclosed sum.

Morgan, who retains an 80% stake in the business, said the move would “fund expansion” as he looks to open five or six more outlets and recruit “some great people”.

Minoan said the deal would “formalise a strategic agreement” and put the combined transaction value of the two agencies at £100 million a year.

Morgan told Travel Weekly: “We could easily add five to six shops without changing the formula. Opportunities exist within our current area.

“We’ll look at greenfield sites and acquisitions. We’ve got the money, the infrastructure and the team at head office to do it.

“We could push beyond the area slightly, but there are opportunities within Somerset, Avon and Wiltshire.”

Asked if he has sites in mind, Morgan said: “There are conversations in play.”

He added: “We’ve had a record year in terms of revenue and profit. Retail isn’t complicated – you just need great staff who look after customers.”

Morgan said: “We’ve noticed a significant increase in [job] applications from Tui and Thomas Cook staff, particularly since Tui changed the hours of shop staff. We’ve been able to pick up some great people.”

Minoan managing director Duncan Wilson said: “Stewart Travel has built a strong presence in Scotland and we’ve been interested for some time in having a presence south of the border.”