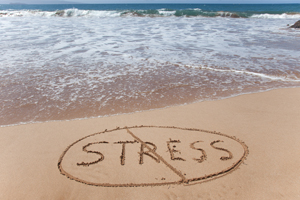 The amount of holiday entitlement lost each year is the equivalent of 60 million days and worth £5.37 billion, research out today estimates.

At the same time more then two-in-five employees have holiday years running from January-December and currently have over a week’s holiday left to take.

But around half will do so over the peak Christmas period – paying around twice as much as they would if they were to book a trip in the first week of December when prices are at their lowest, according to the Post Office Travel Money holiday entitlement report.

Separate company research found that people would be better advised to travel early in December rather than over the festive season.

A week away including Christmas and Boxing Day to four destinations rated among the cheapest in the Post Office’s recent winter sunshine report – Tenerife, Cyprus, Sri Lanka and Thailand – was found to cost 43%-52% more than it would earlier in the month.

Andrew Brown, of Post Office Travel Money, said: “The message for people who have only a short time left in which to use up this year’s holiday entitlement is clear:  Do your homework on the timing of your trip and pick a destination where package costs are reasonable and resort prices low to ensure you get the best possible value.

“Early December is always a cheaper time to travel and our latest research has found that Tenerife and Cyprus are great value in Europe while those old favourites, Thailand and Sri Lanka, are good choices further afield.

“Keep an eye on exchange rate movements to ensure you get the most travel cash for your pounds. Calculate how much you are likely to spend while abroad and change enough cash to see you through, remembering that there are improved rates for higher value transactions.”

Only half of all employees – falling to a third of those aged 18-24 – took all the holiday entitlement due to them in the last full holiday year, the study found.

A total of 44% of respondents were in full time employment – qualifying for at least 28 days’ statutory leave a year – but they lost around six days’ paid leave worth £542.40, based on the average weekly earnings of UK employees.