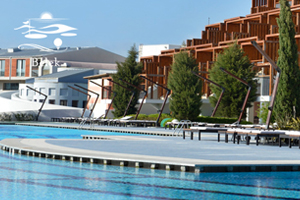 Chinese billionaire Guo Guangchang raised his bid for Club Med at the last minute on Friday in an effort to fight off a rival offer from Italian tycoon Andrea Bonomi in France’s longest-running takeover battle.

It is the eighth offer Club Med investors have been asked to evaluate since May 2013 when Guo first offered €17 a share.

The new offer will give Club Med “an opportunity to grow, with more resources, in its domestic market and in foreign markets where it must develop today,” Jiannong Qian, head of Guo’s Gaillon Invest II vehicle.

France’s AMF regulator set a new deadline of 5pm on January 7 for Global Resorts vehicle to make another counterbid.

A spokesman for the organisation said on Friday it was reviewing all its options, Reuters reported.

Club Med shares, suspended ahead of Friday’s announcement, rose to €25.05 after resuming trading, their highest since September 2008, suggesting investors expect the battle to continue. The stock is up 44% this year.

The company said in a statement after the close of trading that following the new offer, its board had decided to postpone the annual general shareholders meeting that had been scheduled for January 12. A new date will be set later.

The rivals have been raising their bids in turn for months. Both see turnaround potential in a business damaged by the weak economy in its core European market and by a stalled attempt to move up market.