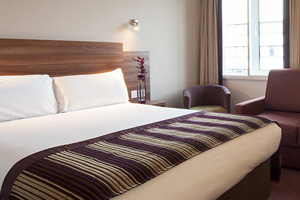 A US private equity firm is reported to have taken over Irish-based hotel chain Jurys Inn for £680 million.

Dallas-based Lone Star Funds is understood to want to retain the management of the 31-hotel chain, led by chief executive John Brennan.

The company is expected to announce record sales and profits this year.

The hotel group, which has more than 7,000 rooms, has been sold by a consortium of investors less than two years after a significant debt restructuring.

The radical financial restructuring saw it shed £300 million of liabilities under the terms of the deal, which left it with debts of £240 million.

RBS, its main lender, became a shareholder after swapping some loans in return for equity. The new investors, including Westmont Hospitality and Mount Kellett, a New York hedge fund, then joined the consortium after putting up £120 million of fresh capital.

Jurys Inn has used the most recent injection of money to refurbish bedrooms, add meeting and conference spaces and  introduce Costa coffee shops.

It rebranded three of its key London hotels under the Hilton brand a year ago, although it continues to operate them.

John Davison, global head of strategic investment group at RBS, told the Telegraph: “We are delighted to see that a combination of new capital and active management of the business has resulted in a successful turnaround and growth story.

“We appreciate the efforts of the management team, the employees and our fellow shareholders and lenders in being able to deliver this very positive outcome.”