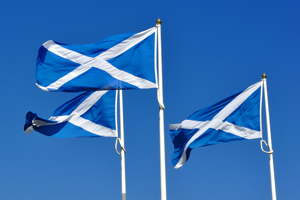 A poll published this morning suggests a majority of voters see plans to cut rates of Air Passenger Duty (APD) in Scotland without matching cuts throughout the UK as unfair.

A ComRes poll on behalf of the Airport Operators Association (AOA) in the UK’s 40 most-marginal constituencies found three out of four voters (75%) agree a lower rate of APD in Scotland would be unfair to passengers in the rest of the UK.

Two thirds (68%) thought that if the Scottish Government reduces APD by 50%, as promised, the UK Government should match this immediately across the country.

A majority (78%) agreed APD rates should be consistent across the UK, with more than half (54%) agreeing strongly.

The main political parties have accepted this, and the travel industry coalition A Fair Tax on Flying – of which the AOA is a member – has called on the Government to commit to matching any reduction in APD in Scotland across the whole of the UK.

An AOA spokesman said: “We cannot have a situation where the Scottish Government is able to undercut the rest of the UK with respect to air taxation.

“The Chancellor is on record saying that he will not allow airports in the rest of the UK to be disadvantaged by Scotland being able to levy a substantially reduced level of APD.

“As HM Revenue and Customs has already concluded, this would distort competition and result in passengers and airlines relocating to airports north of the border.”

He said: “We call upon all political parties to work together to ensure that devolution to Scotland does not unfairly penalise communities and passengers in the rest of the UK.”