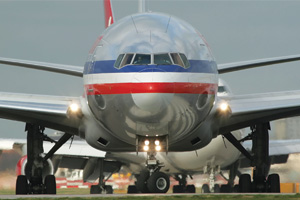 The head of American Airlines has joined an elite group of US company bosses opting to be paid entirely in shares.

Chief executive Doug Parker has decided to give up the cash portion of his salary and annual bonus.

The change reflects confidence in the growth opportunities at the world’s largest carrier, he said in a message to staff.

Parker was paid more than $12.3 million last year, 40% of which was in cash, according to regulatory filings.

“I believe this is the right way for my compensation to be set – at risk, based entirely on the results achieved, and in the same currency that our shareholders receive,” Parker said.

Under the new deal, 54% of his payout will tied to performance targets.

Shares in American Airlines have more than doubled in value since the company merged with rival US Airways in 2013.

Both carriers had undergone bankruptcy but their combination has since created the world’s largest airline based on passenger traffic.