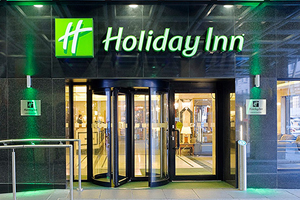 Three of the world’s biggest hotel investors are reported to have made bids for a £1 billion group of Holiday Inns and Crowne Plazas in the UK.

The shortlist for LRG Acquisition – 19 Holiday Inns and three Crowne Plazas with a total of almost 6,000 rooms – is understood to comprise Starwood Capital, Apollo Global Management and London & Regional, the Times reported

The package, with a turnover of more than £200 million, was put up for sale by a consortium led by Canada’s Realstar Group, Singaporean sovereign wealth fund GIC and Lehman Brothers Real Estate Partners, now managed by Silverpeak Real Estate Partners.

LRG was set up by the consortium in 2005 to acquire 73 hotels from InterContinental Hotels Group (IHG) for just over £1 billion.

IHG initially continued running most of the hotels, but last year its management contract was converted to a franchise arrangement.

The consortium has already disposed of a large number of the hotels, including 21 to Kew Green Hotels for about £70 million and 18 to Cerberus Capital Management for £225 million.

London & Regional owns hotels, including the London Hilton on Park Lane, the Cumberland at Marble Arch, Chewton Glen in Hampshire and Cliveden House in Berkshire.

None of the parties involved would comment, according to the newspaper.