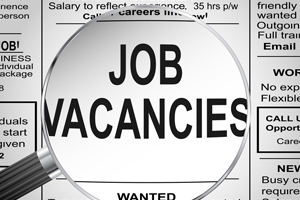 The tourism sector is failing to fill vacancies at a time when more companies are seeking to recruit staff, a new study reveals.

Job postings in the tourism industry have risen by 40.9% in the last year but the number of jobseekers applying for roles in the sector has failed to maintain pace, resulting in an overall deficit of 11.33% in terms of the number of applications per role.

While a tourism job could expect to receive 23 candidates per vacancy in August 2014, comparable data for the same month this year shows that the number has reduced to 20, meaning organisations have less choice during the selection process.

The gap between vacancies and applicants emerged ahead of World Tourism Day on Sunday.

Lee Biggins, founder and managing director of independent job board CV-Library, which carried out the research, said: “The tourism industry is falling victim to a growing trend. As jobs are on the rise, applicants can afford to be more selective in their job search.

“With the recent decline in applications per role it’s clear that businesses need to become savvier at attracting new talent to their organisations.”

He added: “A recent survey revealed that 93.8% of tourism professionals consider training opportunities ‘very important’ when looking for a new job.