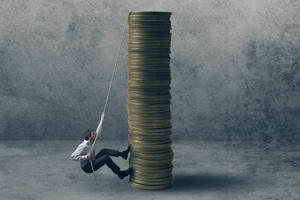 Average wages for new travel jobs fell in the south last month but rose to a new yearly high in the north of the country, latest figures show.

The big fall in the south, coupled with the lack of top-end executive roles, meant that the average salary for a new job in travel fell by 2.54% in the month to stand at £24,536.

Although this remained 1.36% higher than in August last year, it was still the lowest average seen in the past 12 months.

The number of candidates registering for new roles in the month defied the traditionally quiet August period by increasing at the fastest rate since January to reach its highest total in five months.

The number of new travel roles being made available was also considerably up compared to August 2014, although there was a small fall from the previous month, according to the latest travel salary index from C&M Travel Recruitment and C&M Executive Recruitment.

Director, Barbara Kolosinska, said: “The gap between wages in the north and the south has been gradually closing over the past couple of years, but last month saw salaries narrow to their closest level in some time.

“Whether this trend will continue is unclear, but we are certainly seeing more travel companies looking to base some of their higher-paid positions in areas outside of London.

“Having said that, there has been a slowdown this summer in the number of top-end executive roles being made available across the county, with positions carrying salaries in excess of £70,000 being particularly rare.”

She added: “August is usually one of the quietest months of the year for travel recruitment, but 2015 was an exception.

“The number of new travel jobs being created and the volume of candidates looking for new roles were both way up compared to last August, which is a very promising sign for the autumn period.”