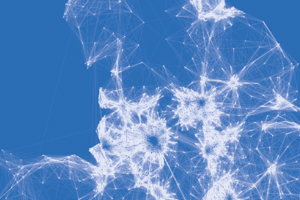 The boss of Gatwick has disputed claims today that expanding rival Heathrow will help boost what the government calls the ‘Northern Powerhouse‘.

He spoke out after research for the west London hub estimated that 26,400 new manufacturing jobs would be created in the north if the airport is allowed to expand.

Heathrow called on the government to make “a decision for all of Britain” by giving the green light to a third runway, thereby creating almost 95,000 new manufacturing jobs across the country.

The study, undertaken by consultancy Quod, shows that up to 1 in 4 (28%) of the new manufacturing jobs generated by Heathrow expansion would be based in the Northern Powerhouse.

More broadly, 85% will be created outside London and the southeast.

More than half (60%) of the total economic benefit predicted by the Airports Commission as a result of expanding Heathrow will be generated outside of London and the southeast.

The manufacturing sector would be one of the greatest benefactors of new jobs fuelled by a third runway at Heathrow, accounting for more than half of the 179,800 total predicted by the Airports Commission.

“Today, airlines operating from the UK’s hub are forced to make a false choice between developing new routes to cities like Chengdu and Mexico City and maintaining domestic services.

“That means exporters in areas like Merseyside, Humberside and Teesside are locked out of Heathrow, Britain’s biggest port by value. Every day we delay is a day we’re restricting the growth of British business.

“It is time for government to heed the unanimous and unambiguous recommendation of the Airports Commission. It’s time to expand Heathrow for the whole of the UK.”

But Gatwick chief executive, Stuart Wingate, hit back in the latest tussle between the two airports, saying: “It is inconceivable that Heathrow’s plan, which requires spending £6 billion of taxpayers money and concentrating direct air services in an already overheated corner of the southeast, is compatible with the aim of supporting the Northern Powerhouse.

“Gatwick expansion, on the other hand, will connect the country to the rest of the globe and encourage the growth of direct international flights to and from the Northern Powerhouse, generating competition, promoting a stronger system of regional airports, and creating thousands of jobs across the UK.

“In contrast, Heathrow expansion will lead several UK cities to lose connectivity as the airport’s domestic destinations fall by half to just four.

“Gatwick expansion remains the cleanest, simplest, and most cost-effective solution to the runway debate. It would not cost taxpayers in the north or anywhere else in the UK a penny and most importantly it can happen soon. Let’s build it.”