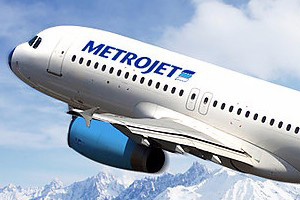 Russia’s security officials have revealed “traces of foreign explosives” were found on debris from the aircraft that crashed over the Sinai in Egypt.

The Metrojet Airbus 321 was brought down by an “act of terror” in Egypt killing al 224 people on board, according to Russia’s security chief.

Alexander Bortnikov said a bomb had been planted on board the aircraft equivalent to up to 1kg of TNT.

It blew up on October 31, shattering the Airbus in mid-air, he said, “which explains the wide dispersal of fuselage pieces”.

Most of the passengers were Russian tourists flying home from the Red Sea resort of Sharm el-Sheikh. An Islamic State affiliate has claimed responsibility for the attack.

It is the first time the Kremlin has said that a bomb brought down the plane. A transcript published on the Kremlin’s website quotes Bortnikov as telling Russian president Vladimir Putin: “One can unequivocally say that it was a terrorist act.”

Putin has vowed to “find and punish” those responsible for the attack.

Egyptian authorities are reported to have detained two employees of Sharm al-Sheikh airport in connection with the downing of the aircraft.

Flights from the UK are suspended with the final Monarch rescue flight due to depart from Sharm el-Shikh later today. EasyJet is also running three repatriation flights out of the resort today.

EasyJet says it is keeping its Sham el-Sheikh flights from November 26 under review.

All British Airways flights to the destination have been cancelled up to November 30 while service in December and beyond are under review.