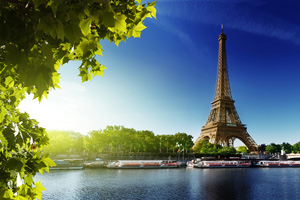 Gavin Tollman, chief executive of Trafalgar and chairman of The Travel Corporation in South Africa, offers a personal take on the terror that befell the French capital this month

They happen when we least expect them – moments in our life that immediately, dramatically, profoundly and irreversibly shift our view of the world, and sometimes even our place in the world.

I’ve experienced a few, and every time by their very nature, they catch us off guard, causing our true selves to be exposed: how we think, how we feel, how we immediately respond and of course, how we then move on.

Personally, one of those times was just over a week ago. Paris. It was a night I won’t forget.

By happenstance I was there with many members of my family. So were a number of our Trafalgar guests from across the globe – some readying to leave that weekend, while others elsewhere were excitedly looking forward to arriving into the city of lights.

None of us had any idea that the lights were about to go out, plunging the city into darkness.

And along with the people of Lebanon, 43 souls taken in an attack on their own streets, and the people of Russia who lost 224 souls in the skies over the Sinai.

I was one of those people, walking the streets of Paris early the next morning, trying to find some sense of calm, quiet, trustworthy footing after the ground had been shaken underneath us.

Every one of my senses was heightened – the sounds, the smells and the movements around me. And, completely to my surprise, the cautious smiles of complete strangers who, for the first time I have ever found, engaged eye contact.

A garbage collector, a retiree, a shop owner looking to open, a child. That morning they were eyes still tender from tears, yet willing to look at passers by, to really see them, as if to say “Nous sommes tous Parisiennes”.

Whether local or tourist, male or female, whatever class, colour, creed, country, “Nous sommes tous Parisiennes”. An inner strength and solidarity united us together.

Why was this such a defining moment for me? The tragedy of the night before? There is no question about it – the terror hits you at a cellular level.

But it did not stop there. My spirit experienced truly defining moments in observing, raw and unedited, what the word ‘resilience’ meant.

It was a time that felt, and still feels, like the people of Paris are tightly, carefully held together by a giant Band-Aid. And they, with the help of the world, will heal.

What was also absolutely clear to me was the following. This wave of terror is trying desperately and deviously to wash over the world.

It is random. It is heartless. It is a few trying to exploit the masses. It is trying to break people, communities, and religions apart. And yet, through its unthinkable actions, it is unifying.

The weekend of the tragedy, as mentioned earlier, a number of our Trafalgar guests were scheduled to move on.

And they did as per their itineraries, but with no sense of escape. Those who had the option of a few days extra in Paris chose to stay on. Our guests scheduled to arrive in Paris from Lucerne four days later?

Each and every one arrived, and entered into this beautiful city with a determined spirit of “Nous sommes tous Parisiennes”. The solidarity and resilience of the Trafalgar guests, of all people, shone through.

This, dear friends, is why we travel.

This is what it means to be an ‘insider’ – living and feeling the real places, moments, milestones, memories, of the lives of people around the world with whom we will forever be bonded through a love of one shared hope – a peaceful, shared, compassionate and ever-curious world.