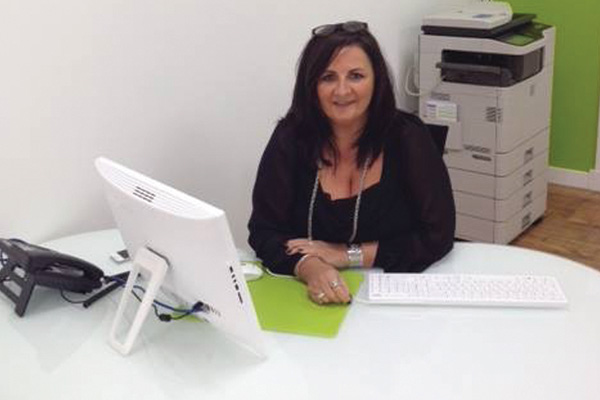 Next Wednesday, Scottish agency owner Joanne Dooey will open her second Love To Travel store, in her home town of Motherwell, in the same premises where she started her career 27 years ago as a Lunn Poly consultant. She can’t wait!

Q: Why are you so excited about your second shop?
A: Motherwell is the town I first started in as a part-time travel adviser for Lunn Poly 27 years ago. It is where I grew up. Being in the shop is like stepping back in time. I am more excited about opening this than I was about starting my business in Coatbridge. Having worked there before made me even more determined to get this shop. I have been negotiating the lease for six months. It traded as a travel agency for 30-odd years, but has been a charity shop for the past three or four. They have revitalised the area. There are no empty shops any more and there is a car park behind it, so everyone walks past. This is why I wanted to get it. My family are from here and my dad is well known. The bell went about eight times when I was in the shop the other day and we haven’t opened yet.

Q: So what are your plans for the shop?
A: It is twice the size of our Coatbridge agency, so I plan to put a travel money desk in, which will open in March, and also deliver currency to the Coatbridge agency. The shop is due to open on January 13. We have had to gut it and put in electrics and phone lines. I am going to run a customer open day and come up with a special offer for those who book.

Q: What is the most important element for you when opening a shop?
A: The staff. I had them before I got the agency. Without the right people, I would not be opening the shop. Without the right team you will not be successful, and you need to look after them.

Q: How will owning an agency in your home town help your work-life balance?
A: I will be working at Motherwell for the first four to five months and then I’ll split my time between the two shops, which are about five miles apart. I can walk to the new shop from my house! After spending 18 years on the road, from early morning to late in the evening, covering Scotland and Cumbria, it makes a difference being so close to work.

Q: Tell us one of your success stories since opening your own business.
A: We decided to offer escorted day trips, taking away a group of over-65s. We did one to St Andrews, and it was so successful, they asked about going abroad. So last month four staff, including myself, took a group to Benidorm. We got a coach from a local company and did the flights and hotel through Thomson. Now we have a group of 56 booked for a trip to Dublin at Easter.

Q: Will you open more shops?
A: I wouldn’t rule it out, but I need to focus on getting Motherwell up and running.

1.Invest time in your employees: Offer them support and training.

2.Work as a team: Ensure staff help each other out when taking bookings, for example.

3. Use social media: We get three to four bookings a week from our Facebook page.