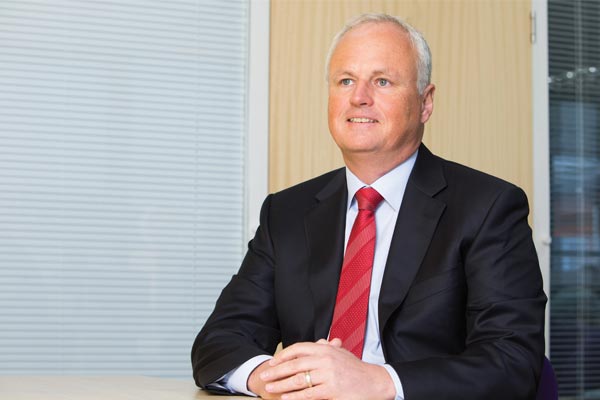 Swaffield was credited with saving Monarch from the brink of collapse when he negotiated a sale to Greybull Capital in 2014, and the company returned to profit last year in its first full year of trading under its new owners.

Like many industry leaders, Swaffield worked his way up from the shop floor, starting his career as a 16-year-old with Thomas Cook, before rising to management positions there and with British Airways and its loyalty programme Avios.

He has also taken a lead on industry affairs, becoming heavily involved in governance as a board member of Abta and as a trustee of People 1st, and last year he was named in the top 25 of the OUTstanding list of leading LGBT executives.

Speaking after receiving the award, Swaffield said: “I’ve been coming to these events for 15 years, maybe more, and it’s incredible to be on the receiving end of an award from your peers. It means a great deal.

Other special awards were presented to Nyki Dilworth, executive director, of Vertical Systems, and Etihad Airways.

Dilworth received the Unsung Hero Award for her commitment to her company in addition to her work on apprenticeships and charity fundraising efforts.

She said: “I feel honoured. I can’t wait to see my granddad’s face when I show him! You just do your best at your job but when you get this sort of recognition it’s amazing. It means so much.”

Dilworth, who received the award in memory of Penny Akam who organised the Globes for many years, said her work on apprenticeships for the government was close to her heart as she started out as a YTS trainee 28 years ago.

“I would never have got to where I am today without an apprenticeship; it’s great to be able to help others,” she added.

Etihad Airways received the Innovation in Travel award for The Residence, its “five-star hotel in the sky”.

He added: “We put a huge amount of effort into building trade relationships, so this is fantastic.”