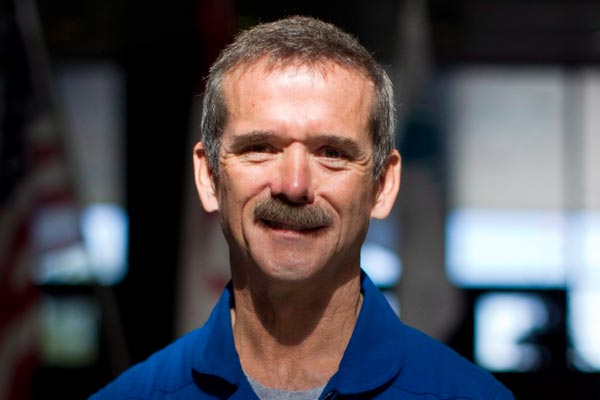 Registration for the annual event, which this year will be hosted by MSC Cruises on a cruise from Genoa to Nice in April, is due to close at the end of February.

Colonel Hadfield is a highly decorated astronaut with many historic firsts to his name.

In 1992, he became Canada’s first fully qualified Space Shuttle crew member and then went on to be the first Canadian to board a Russian spacecraft.

He has performed two spacewalks and remains to this day the only Canadian to have been commander of the International Space Station.

He had a 21-year career as an astronaut during which he completed 2,600 orbits of the Earth.

Called the “most famous astronaut since Neil Armstrong”, Hadfield is prominent on social media which he uses to make outer space accessible to millions and extol the marvels of science and space travel.

Colin O’Neill, business development director at Advantage, said: “Our conferences have developed an enviable reputation for introducing keynote speakers that are new to a UK travel audience with the power to enlighten and inspire conference delegates.

“We are clearly delighted to have secured Chris Hadfield to speak at our 2016 annual conference, particularly at a time when UK interest in space travel is so high owing to the achievements of British astronaut Tim Peake.”

“As well as thrilling our audience with his insight into space exploration, so vividly brought to life on the BBC programme Stargazing Live with Brian Cox and Dara O’Briain, Chris Hadfield will draw on references from his bestselling book ‘An Astronaut’s Guide to Life on Earth’, to create parallels with what are seemingly two very different worlds.”

Hadfield will address the 2016 Advantage Conference, which has been given the theme ‘Blink’ on Tuesday April 19.