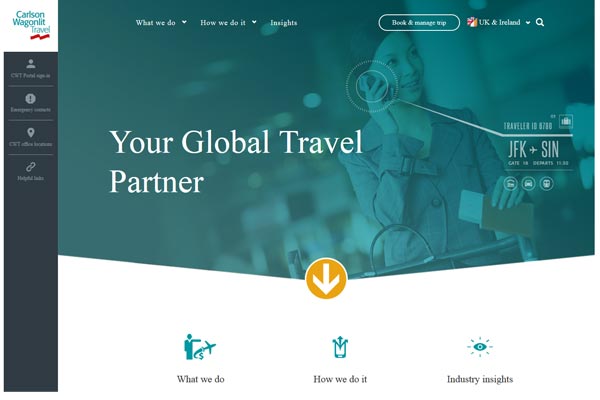 Leading travel management company Carlson Wagonlit Travel (CWT) turned in a solid performance in 2015 despite a challenging economic environment, it has reported.

In its update CWT said it increased its new business sales to $1.7 billion while transaction levels were stable at 61.4 million.

Transactions in Europe, Middle East and Africa declined by 1.2% while Latin America volume was off 7.8% due to the weight of the energy sector and the economic recession in Brazil. Asia Pacific volumes were stable.

The firm also said its mobile app, CWT To Go, performed well with a 62% growth in user registrations to 560,000.

Douglas Anderson, president and chief executive of CWT, said: “2015 was a challenging year for the industry overall given the continued sharp fall in energy prices and oil in particular.

“We nevertheless delivered solid results. We continued to focus on enhancing our technology offering, with the deployment of mobile hotel booking on CWT To Go and the global launch of CWT AnalytIQs, a powerful tool to report and manage travel data.

“Finally, we strengthened our growth platform in France with the acquisition of Ormès, a leader in meetings and events, and the sale of our leisure business Havas Voyages.”