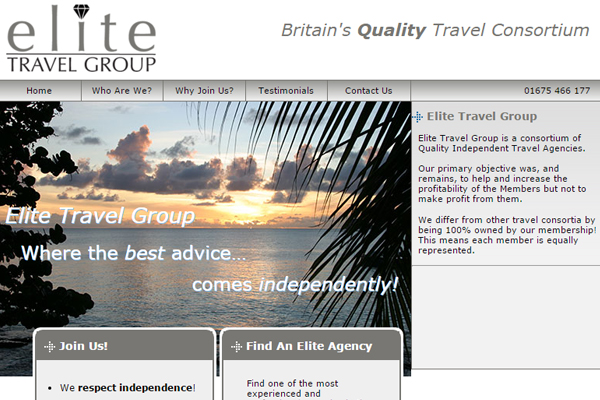 Elite Travel Group is claiming a record profit increase of more than 100% for the 2014-15 financial year but has not disclosed the figure achieved.

Accountant Kevin Brevitt, of Baldwin & Company told members at the groups annual general meeting in Birmingham that the profit was record breaking.

Elite said specific figures are confidential to members but year-on-year profits showed an increase of 124.4% before tax.

“In its 39 year history, this is the largest profit ever achieved by Elite Travel Group,” he said.

“It is proof that the independent, quality travel agent can still have a valued place on the high street, even when the economic climate has continued to be flat.”

Brevitt added: “As well as achieving a record breaking profit, the company had further increased its cash reserves.”

Group chairman, Wayne Darrock, told the meeting that all profits will be reinvested to the benefit of all members.

“These excellent results are firstly the result of Elite members driving commercial deals and achieving targets with its highly valued operator partners, and due to the excellent relationship it has with Advantage Travel Centres,” he said.