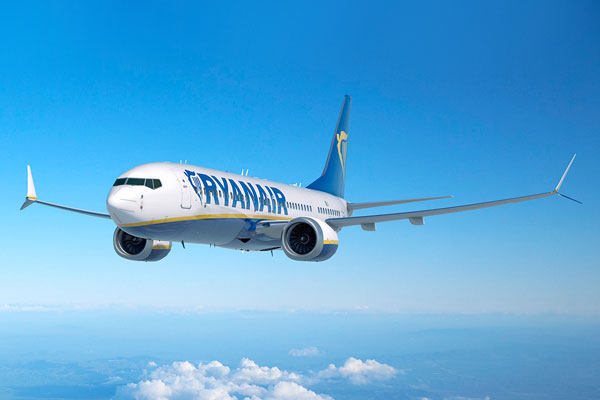 Six members of a British stag party travelling to Bratislava with Ryanair were ejected from the aircraft in Berlin for drunken behaviour, according to German police.

The men – aged 25-28 – were part of a group of 12 travelling to the Slovakian capital from Luton on Friday evening.

They reportedly became violent and were met by police after the aircraft made an unscheduled landing. The groom was among those detained, officers say.

One of the group exposed himself while others were fighting, passengers reported.

German federal police in Berlin said in a statement that six members of the group – from Southampton – were threatening security on board and did not comply with the crew’s instructions.

A video from the aircraft, published by the Sun, showed one member of the group swearing at another man and threatening him, before throwing a punch at him.

The men were removed from the aircraft after the pilot decided to divert to Berlin Schonefeld airport.

Reza Heravi, an eyewitness and passenger on the flight, said it was clear the men were “massively drunk” before they boarded the flight and had been singing loudly.

He said: “As we took off, they were hardly seated, they kept standing up and shouting random stuff. At one point one of the guys pulled down his trousers and exposed himself to the air hostess.”

It took 20 minutes to get the men off the aircraft and the flight arrived in Bratislava two hours late, he added.

Police officers at the airport charged the men with misdemeanours under German aviation security laws, which can be punishable by a fine of up to €25,000, police said.

A possible civil damages suit from the airline could also follow.

The six men were later released. The other six members of the stag group continued their journey.

A Ryanair spokesman said the airline did not tolerate “unruly or disruptive behaviour at any time and the safety and comfort of our customers, crew and aircraft is our number one priority”.

“This is now a matter for local police,” the spokesman added.