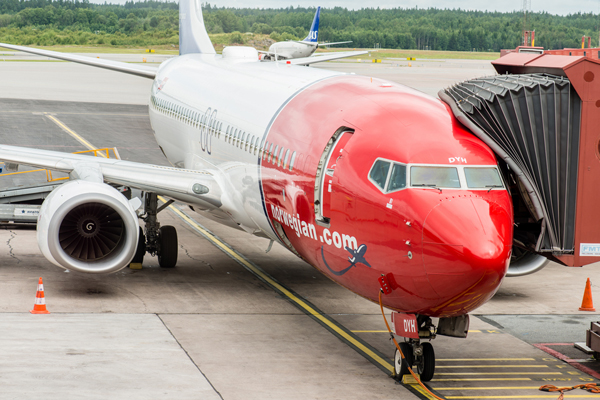 Budget carrier Norwegian has released a record number of seats for transatlantic routes this summer.

A total of 425,000 seats have been made available on flights between the UK and US, including the new destinations of Boston and San Francisco-Oakland with one-way fares starting at £135.

Capacity has been raised by 42,000 seats over last year due to the expanded network and the deployment of larger Boeing 787-9 Dreamliner aircraft.

Almost 80,000 seats are available between Gatwick and Boston from March 27, while San Francisco-Oakland, which starts on May 12, has almost 45,000 seats on sale this summer.

Norwegian’s summer schedule runs between March 27 and October 31, with a total of more than 3 million seats available on all flights from Gatwick, Birmingham, Edinburgh and Manchester to more than 40 destinations worldwide.

There are more than 125,000 seats available between London and Berlin and 70,000 seats to book for flights to and from Rome.

Europe’s third largest low-cost carrier has also signed a series of new charter agreements with Tui, Thomas Cook Northern Europe and Nazar Nordic that will see Norwegian fly its first flights from Cardiff airport with a charter route to Tenerife.

Chief commercial officer, Thomas Ramdahl, said: “Norwegian is the UK’s best kept secret but not for much longer with a record number of low-cost seats on sale. As more brand new aircraft join our fleet, UK passengers have more seats than ever to choose from this summer.

“2016 will be our breakout year as Brits are seeing the value of our affordable flights to popular European and US destinations.

“So whether you want to fly to Southern Europe or Southern California, the increased number of affordable seats will make it easier than ever for Brits to take their dream holiday this summer.”