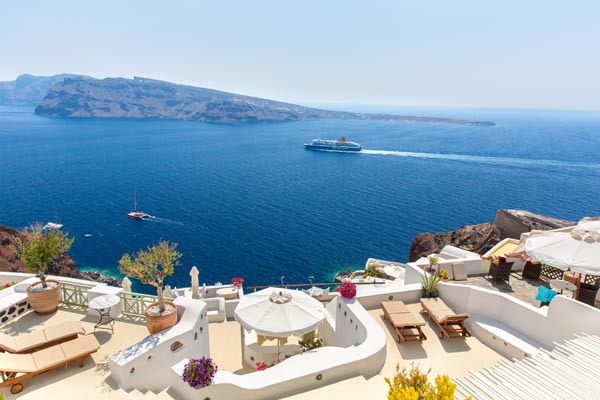 Another record year for visitor arrivals to Greece is being projected by tourism officials with numbers set to beat the 2015 figure of 23.5 million.

Arrivals could hit 25 million or as much as 27.5 million when cruise line passengers are included, according to the Greek Tourism Confederation.

The number of UK travellers to Greece rose by 14.7% last year to 2.39 million, compared to 2014. They contributed €2.02 billion to the Greek economy, according to the Bank of Greece.

A recent survey by independent London-based research company, Censuswide, showed that more than a third of British respondents who had previously visited Greece expressed an interest in returning this year, while 80% of respondents said they viewed the country as a safe destination.

The overall rise forecast for 2016 would see the total income from tourism reaching €15 billion, up from €14.2 billion last year, underlining the industry as the biggest single contributor to the country’s economy and jobs market.

The overall number of international arrivals in 2015 represented a third successive record year for Greek tourism.

Greek Tourism Confederation president, Andreas Andreadis, speaking at ITB in Berlin, said: “We are anticipating that tourism will, once again, contribute decisively to the Greek economy in 2016.

“From information gathered at ITB, the planned allocation of seats for international airlines to Greece in 2016, and information from tour operators and online booking tracking systems, the Greek Tourism Confederation estimates that arrivals to Greece this year could reach 25 million – 27.5 million including cruise lines – up from 23.5 million in 2015.”