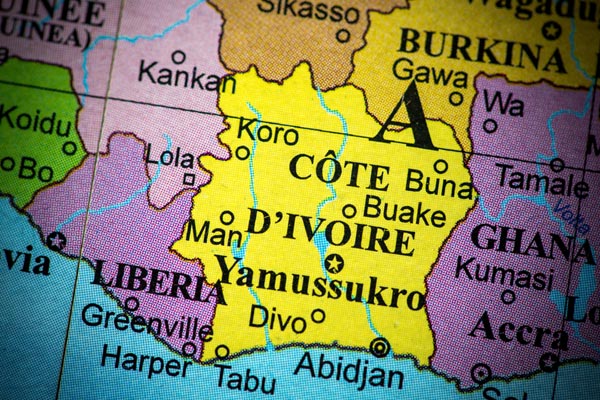 At least 16 people were killed in a gun attack on a beach resort in the south of Ivory Coast.

Four of the dead were westerners, including a French and a German national, according to local reports.

Al-Qaeda-linked militants fired on people on the beach in Grand Bassam, about 25 miles from the West African country’s commercial capital of Abidjan.

The resort is popular with both locals and foreigners.

A witness to Sunday’s attack told the AFP news agency that “heavily armed men wearing balaclavas” had opened fire near the L’Etoile du Sud hotel, which was full of expats.

Al-Qaeda in the Islamic Maghreb (AQIM) claimed responsibility the attack.

The Foreign and Commonwealth Office said in an updated travel advisory: “You should avoid the area if possible. If you are in the vicinity follow the instructions of the security authorities.”

The FCO warned of a “high threat” from terrorism in the region of West Africa.

AQIM claimed deadly attacks on luxury hotels in Mali in November and Burkina Faso in January.

“You should be vigilant after recent attacks in Mali and Burkina Faso. Attacks could be indiscriminate, including in places visited by foreigners,” the FCO said.