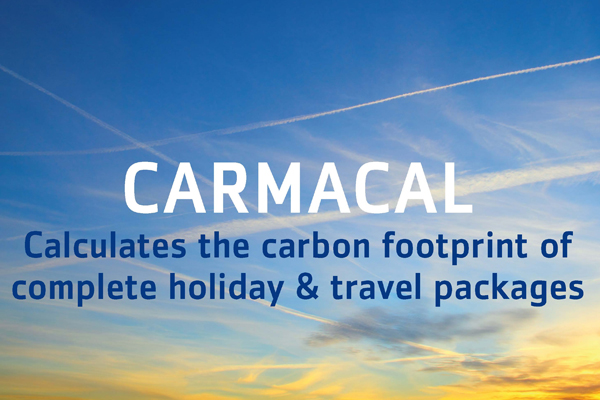 A carbon calculator for tour operators and travel agents won the Tourism for Tomorrow Innovation Award at the World Travel and Tourism Council (WTTC) summit in Dallas yesterday.

The Carmacal calculator, developed by the Dutch travel trade association the ANVR, allows businesses to calculate the total carbon footprint of holidays including flights, accommodation and excursions.

A project by Tui, the Travel Foundation and PwC to measure the full impact of holidays was a finalist in the same category.

The Tourism for Tomorrow Environment Award was won by the Botswana Rhino Conservation Project of Wilderness Safaris, which has re-introduced black and white rhinos to the Okavango in Botswana in and established viable breeding populations.

Lead judge of the awards, Professor Graham Miller of the University of Surrey, described the project as “outstanding”, saying: “Wilderness Safaris has rescued both species from extinction in Botswana.”

Wilderness Safaris business unit manager Simon Stubbs said: “There is a good chance three rhino will be slaughtered tonight and every night. The true heroes are those out every day tracking and protecting the rhinos.”

The Community Award went to Expediciones Sierra Norte of Mexico, an eco-tourism project in the state of Oaxaca which attracts 17,000 tourists a year to 100km of routes through the forest.

Angelina Martinez, general manager of Expediciones Sierra Norte, told the summit: “When people think of Mexico, many think of the media stories of violence and drug trafficking.

“Expediciones Sierra Norte represents just one of our many good stories from Mexico. The best award we can receive is that you come to Mexico and visit our communities.”

Parkstad Limburg of the Netherlands, a tourism region created in a former coal-mining district, won the The Tourism for Tomorrow Destination Award.

The People Award went to the Youth Career Initiative (YCI) based in the UK – a six-month training programme for unemployed youth run in partnership with 11 hotel companies.

Reflecting on the winners and finalists, chair of the Tourism for Tomorrow judges Fiona Jeffery said: “Outstanding sustainable tourism practices can come from anywhere in our industry. They should be taken up by everyone.”

Miller said: “The fragility of the world’s environments make it imperative that tourism businesses contribute to sustaining the environment.”

More on the winners: wttc.org/tourism-for-tomorrow-awards