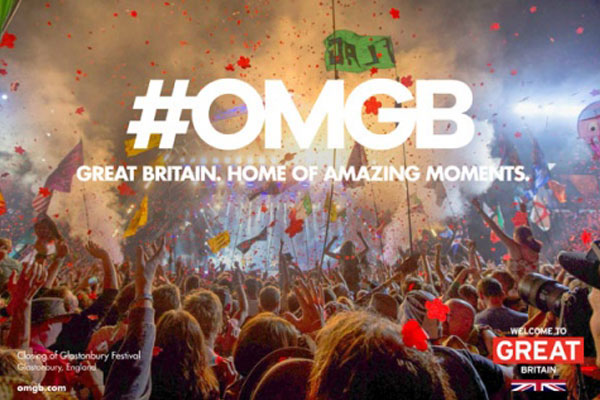 The travel trade has praised VisitEngland’s new domestic tourism campaign promoting memorable ‘moments’ that can be experienced only in the UK.

The tourism body’s ‘Home of Amazing Moments’ initiative launches next month across TV, print, digital and outdoor marketing. It will showcase ‘one-of-a-kind’ holidays encouraging people to share their own experiences on social media with the hashtag #OMGB.

John Sullivan, head of commercial at Advantage Travel Partnership, said: “We believe it is a really fresh bold campaign. It will inspire consumers and capture the imaginations of both agents and consumers alike, making them proud of the diversity and the beauty of their home nation.”

Bourne Leisure’s head of travel trade, Neil Davies, said: “It’s a complete departure from last year and has a broader appeal towards older customers and couples.”

A similar inbound campaign launched to foreign markets in January and, as in previous years, will be run in partnership with the tourist boards of Scotland, Wales and Northern Ireland.

SuperBreak said it was working with several agencies, including Thomas Cook and The Midcounties Co-operative, to include VisitEngland’s campaign message in point-of-sale materials.

It also plans to launch a competition for agents.

Sales director Jane Atkins said: “The creatives are stunning. If  you are a customer you would think ‘where is that? I want to go’.”