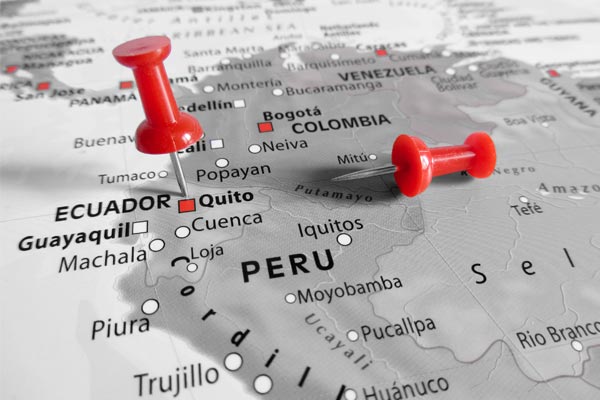 A state of emergency has been imposed on coastal regions on Ecuador after a massive earthquake struck the country killing more than 270 people and injuring 1,500.

Coastal areas in the northwest of the country were closest to the epicentre and officials say the death toll is likely to rise.

The quake, which delivered more than 130 aftershocks, was described by experts as being six times as powerful as the earthquake that struck southern Japan on the same day.

The BBC reported widespread damage, with a bridge destroyed as far south as Guayaquil about 190 miles away from the epicenter between the Manabi and Esmeraldas provinces.

In updated travel advice, the Foreign and Commonwealth Office said: “The earthquake was felt in the capital city Quito.

“If you are a British national who has been affected by the earthquake and require consular assistance please call the Embassy on (02) 2970 800.

If you are in Ecuador you are advised to follow the advice of the Ecuadorean National Risk Control Agency and the Seismic Monitoring Agency.

“The vice president has declared a state of emergency in six provinces on the coast – Esmereldas, Los Rios, Manabi, Santa Elena, Guayas and Santo Domingo.

“There are reports of fatalities in Pedernales, Canoa, Portoviejo, Manta and Guayaquil. Electricity is being systematically restored in the country, including the coastal region.”

Around 26,400 British travellers visited Ecuador last year, according to the FCO.