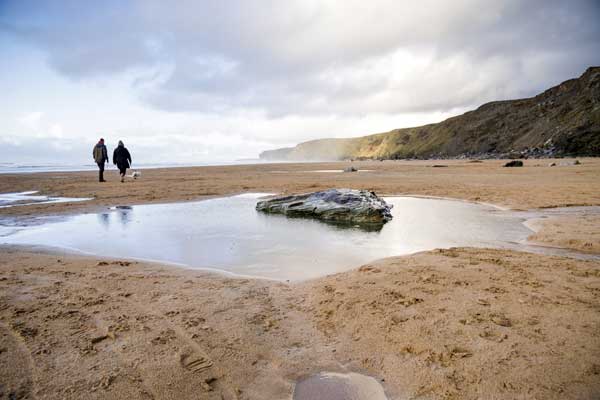 More than half (58%) of Britons will take a UK holiday or mini break to the coast this summer, a new poll reveals.

Holidaymakers will also spend more than ever on domestic breaks this year at an estimated £729.80, giving the UK economy a boost of almost £20 billion.

The annual Travelodge holiday index, which has surveyed 3,000 British adults for the past six years, shows that 2016 is set to be the biggest year for seaside trips since the study started.

The study also reveals that more than two-thirds (67%) of people plan on taking a staycation break this year.

The average British family is taking a one-week holiday supported by four short breaks throughout the year.

Only a fifth (19%) of families are taking a ‘traditional’ two-week holiday.

More than half (55%) of Britons described domestic breaks as providing great value which is why they are spending more this year, and 46% say their holiday is the one thing they refuse to cut back on.

The report also shows that Britons consider value (40%) as the most important aspect when booking a holiday over doing the correct research (22%), reviews (11%) and images (11%).

Wolverhampton emerges the top source for domestic holidaymakers, with 88% of people taking a staycation and the average household spending £1,077.63. The other cities making up the top five are Bradford, Liverpool, Sheffield and Edinburgh.

The study also found that 40% use their holidays as a way of exploring the UK by holidaying in multiple locations throughout the week.

Respondents also cited a sense of patriotism towards Britain as a holiday destination, with 80% stating that the UK is a perfect place for a break.

More than a quarter (27%) described Britain as more beautiful than any other destination in the world.

A Travelodge spokeswoman said: “We have become a nation of savvy value shoppers and we want our holiday to work hard for our pound.

“A new trend we are seeing is more Britons taking a ‘three in one’ holiday. This includes taking a city, rural and coastal break as part of a one week holiday. You need to be clever to plan your route but it is easily achievable as Great Britain has so much to offer.

“It’s also great news that 2016 is going to be a bumper year for our traditional seaside resorts.

“A jaunt to the seaside is going through a revival as parents yearn for their children to enjoy a traditional British seaside holiday.”