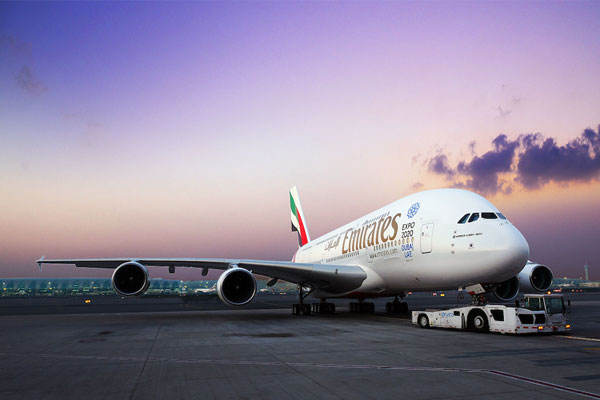 Dnata’s revenue increase was achieved through organic growth, and bolstered by the first full year of Stella Group operations which dnata Travel acquired in October 2014.

Revenue from dnata’s Travel Services division rose by 34% to reach dh3.3 billion ($901 million) and it now represents the largest business segment in dnata by revenue contribution.

This is mainly attributed to business growth in the UK through the full year impact of Stella Group, the integration of the group’s destination and leisure management activities in Dubai, and travel distribution unit Emquest.

Emirates airline revenue fell 4% to Dh85 billion ($23.2 billion) but the Dubai-based carrier’s growth was helped by weak oil prices that have more than halved over the past two years.

The airline saved Dh9 billion from low oil prices, with its fuel bill accounted for 26% of operating costs across its fleet of more than 250 aircraft.

The overall Emirates Group saw profits rise to Dh8.2 billion ($2.2 billion) in the 12 months to March 31, compared to Dh5.5 billion a year earlier. Revenue fell 3% to Dh92.9 billion due to the strong dollar.

“Against an unfavourable currency situation which eroded our revenues and profits, an uncertain global economic environment dogged by weak consumer and investor sentiment, as well as ongoing socio-political instability in many regions around the world, the group’s performance is testament to the success of our business model and strategies.

“Our ongoing investments to develop our people and to our enhance business performance, enable us to react with agility to the new challenges and opportunities that every year brings.

“In 2015-16, the group collectively invested over AED 17.3 billion ($4.7 billion) in new aircraft and equipment, the acquisition of companies, modern facilities, the latest technologies, and staff initiatives.

“These will build on our strong foundations, extend our competitive edge, and accelerate our progress towards our long-term goals.”