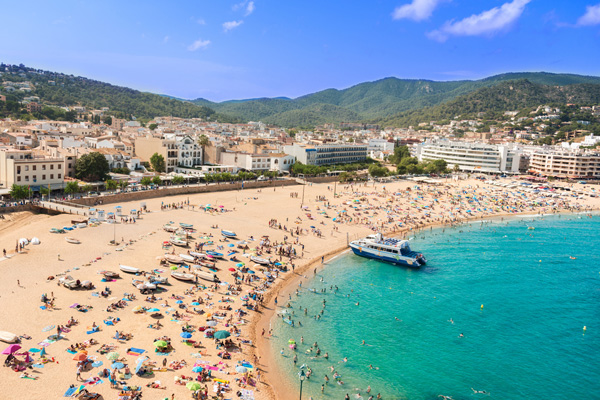 Spain is seeing a surge in tourism as terrorism fears drive wary holidaymakers away Turkey and North Africa.

The number of foreign tourist arrivals in Spain in April rose 11.3% to 6.1 million compared with the same month in 2015, according to data published on Monday by INE, Spain’s national statistics agency.

Total tourist numbers over the first four months of the year rose 13% to 18.1 million.

Visitors from the UK were the primary driver behind the increase, with some four million visiting in the first four months of this year, a 19.4% rise compared with the same period in 2015, the Financial Times reported.

The shift to Spain comes as terrorist attacks in Tunisia, Turkey and Egypt, and warnings from governments for their citizens to avoid travel to some destinations in those countries, have led many seeking an inexpensive beach holiday to look elsewhere.

“Booking behaviour really changed after those attacks. Bookings are moving from Turkey, Egypt and Tunisia to Spain, and also to Bulgaria and Greece,” said Dörte Nordbeck, head of travel and logistics, Germany, at GfK, which tracks travel bookings across Europe.

Mainland Spain and the Balearic and Canary Islands have been among the main beneficiaries.

Ramón Estalella, secretary-general of Cehat, Spain’s hoteliers union, said security fears over terrorism were not the only reason for the wave of UK tourists visiting Spain. The increase in tourism to the Canary islands, where 38.3% of the 4.5 million visitors in the first four months of 2016 came from the UK, could be explained largely by a movement of sunseekers away from Egypt, he said.

But UK visitors also made up 10.7% of the 4.2 million foreign tourists visiting Catalonia – not primarily a beach destination – in the same period.

Accessible prices, good marketing, and word of mouth were behind much of the increase, he said.

“There are a big number of British tourists who go to Catalonia to visit Barcelona and to ski,” Estalella said. “The tourists are not just going to islands but also to cities. And that has nothing to do with Tunisia.”

Both Tui and Thomas Cook have reported a slump in bookings to Turkey but strong demand for Spain.

Nadejda Popova, travel project manager at Euromonitor International, said: “Egypt and Tunisia are among the countries which have registered some of the biggest losses in arrivals of -46% and -18.7% respectively for 2016 year to date.

“The latest events with the crashed Egyptian aircraft are expected to further impact negatively the performance of the tourism sector in the country.

“Specifically, the government must reassure travellers and potential tourists that the country is doing enough to uproot terrorism and secure the safety of travellers.

“Currently, Egypt’s tourism is surviving very much thanks to the heavily discounted prices to lure budget travellers and the question is how much are these low spending tourists ready to visit Egypt in light of the recent events.

“In addition, the recent plane disasters indicate that investments in infrastructure, including air transportation is being ignored to favour other areas that seem to be of greater concern to the government at the moment.”