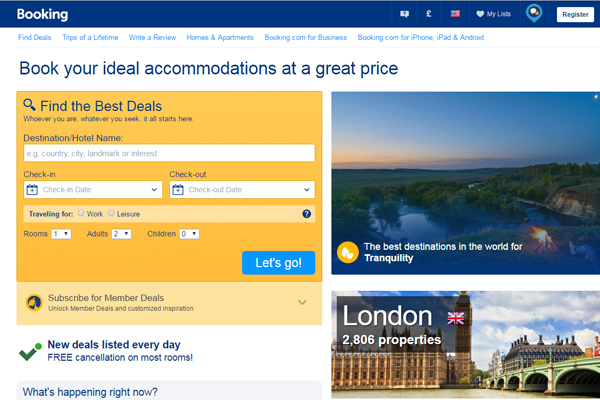 French authorities are seeking €356 million in unpaid taxes from Booking.com, according to documents filed by parent company Priceline Group.

Documents filed in the US said French tax authorities recently completed an audit of Booking.com’s accounts from 2003 to 2012.

The French government said Booking.com had a base in France and was obliged to pay income and value-added taxes.

The company said the majority of funds being sought are penalties and interest, the BBC reported.

“In December 2015, the French tax authorities issued Booking.com assessments for approximately €356 million, the majority of which would represent penalties and interest,” the filing with the US Securities and Exchange Commission said.

The company said believed it complied with local tax law, and would contest the ruling in court if it could not reach a settlement with the French government.

In the same filing Priceline said Italian tax authorities were examining “whether Booking.com should be subject to additional tax obligations in Italy”.

Priceline said: “Italian tax authorities may determine that the company owes additional taxes, and may also assess penalties and interest.
“The company believes that it has been, and continues to be, in compliance with Italian tax law.”