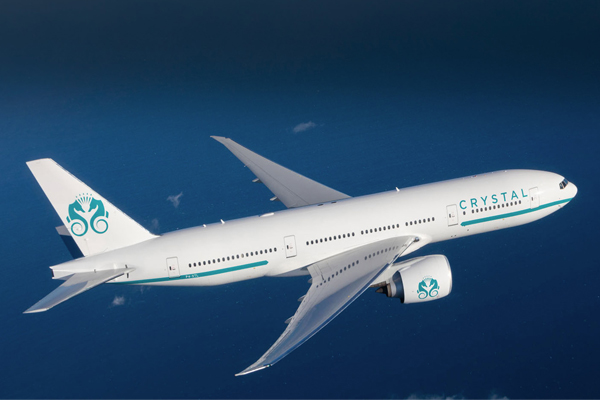 Crystal Cruises’ start-up airline will not be using a new-generation Boeing 787 Dreamliner as originally planned.

The luxury line announced plans last summer for the creation of an airline offshoot running global itineraries from next autumn using a specially reconfigured Dreamliner as well as a Boeing 777 with just 88 first class seats.

However, the company said: “Following further evaluation on Crystal AirCruises’ platform, we have elected not to utilise the B787 Dreamliner, as it does not strategically align with our evolved overall fleet plan.

“Nor did the plane’s configuration meet the standards necessary to effectively offer our celebrated global cruise experiences by air.

“In our continuing evaluation of Crystal AirCruises, we are exploring additional options to complement our upcoming journeys aboard our B777-200LR, which is set to soar next year in the autumn.”