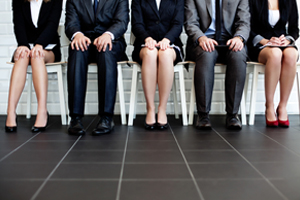 Overall travel industry salaries dropped back by 1.26% to £25,870 In May after achieving a record high the previous month.

Average salaries for new travel jobs in the south east and south west of England jumped by 3.99% in the month to reach £24,318 – the highest figure since 2011.

There was a 9% rise in the number of new travel jobs being made available in May after two months of falls, with vacancies numbers also increasing 8% annually.

The number of candidates registering for new roles also rose strongly year-on-year, although May saw an 8% monthly dip, according to C&M Travel Recruitment and C&M Executive Recruitment’s latest salary index.

Director Barbara Kolosinska said: “May was a bumper month for the south, with jobseekers in the likes of Sussex and Surrey being treated to a great selection of new travel jobs offering attractive wages.

“It was also another strong few weeks for London with salaries remaining well above average despite falling from last month’s all-time high.

“In 2016 so far, salaries have risen year-on-year every single month which is clearly a great sign of the strength of the current market.”

She added: “After six months of year-on-year falls, the number of people searching for new travel jobs has now risen annually for the past two months.

“While there is still a shortage of quality candidates in the market, we are now seeing positive signs that competition for roles is increasing.

“What this also means is that there are now plenty of great job opportunities for the right applicants to take advantage of before more candidates return to the market.”