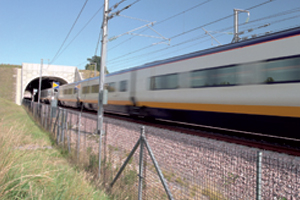 Eurotunnel has stressed that delays to Channel Tunnel services on Monday were not due to problems with migrants in Calais.

A combination of tighter boarder controls due to Euro 2016 traffic and a power supply issue have been blamed for the disruption.

A Eurotunnel spokesman said: “Eurotunnel confirmed that as a result of enhanced Frontier controls due to the Euro 2016 tournament in France and a temporary power supply problem in the tunnel, customers were faced with delays on Monday afternoon.

“Eurotunnel apologies to its customers who were caught up in these delays.

“Eurotunnel has not suffered disruption to its services due to migrant activity since October 2015 and this remains the case.”