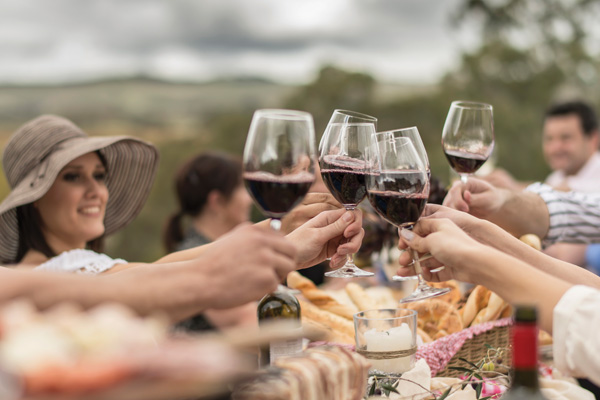 Adelaide has a very distinct place among Australia’s big cities. It’s the one that doesn’t really strive to be more important than it is, and as a result pulls off an amiable, big‑village feel. It doesn’t try to dazzle, merely to engender warm, fuzzy respect.

But Adelaide’s trump card is what’s around it. World-class wine regions and wildlife are on the doorstep, while island escapes and eye-opening desert landscapes aren’t too much farther afield. Day trips, overnighters and three to four-night loops are very easy to mix together using Adelaide as a base.

The city is unshakeably proud of the Adelaide Central Market, which has been going since 1870, and is still the go-to place for most of the city’s top chefs. The £30 Central Market Tour, which is run by one of the stallholders, delves into the best produce and the characters that have been there so long they’ve become local legends. This takes in all manner of tastings, including gins from Kangaroo Island, high-grade yoghurts, mettwurst from the Adelaide Hills and a barrage of South Australian cheeses. centralmarkettour.com.au

The other much-loved icon is the Adelaide Oval, where cricket and Australian Rules football are played. The picturesque old ground has undergone a massive makeover, but still manages to retain oodles of charm. This is largely because the grass bank, fig trees and old-school wooden scoreboard at the northern end have been retained. The £11 stadium tours are moderately interesting, until they head inside the scoreboard to see how it works, at which point it’s impossible not to be consumed by childlike wonder. 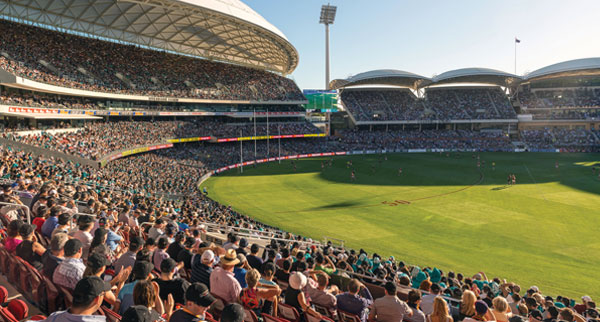 One of Adelaide’s strengths is having the great outdoors on its fringes. The hike up to the top of Mount Lofty is an institution, but Escape Goat Adventures offers a much better option. They drive you up to the top in a van, then take you on a £55 guided mountain-bike ride down through scenic canyons and along four-wheel drive tracks back into the city. On the way, the cycle convoy stops at the Cleland Wildlife Park where it’s possible to hand-feed kangaroos and hold a koala. escapegoat.com.au

The even wilder Morialta Conservation Reserve is criss-crossed with walking trails, many of which lead to waterfall viewing platforms. Pure SA runs £33 guided hikes there, which go into the geology and wildlife.

The most reliable wildlife spottings, however, are out at sea. Temptation Sailing runs catamaran cruises to see the pods of bottlenose dolphins that call the waters around seaside suburb Glenelg home. There’s an option to watch them from the boat – which Premier Holidays sells from £38 – or to get in the water with them. The latter is billed as swimming, but it’s more a case of holding on to a rope at the back of the boat while the dolphins check you out.

As a general rule, it’s best to save the quirky and once-in-a-lifetime accommodation for the wine regions or Kangaroo Island; Adelaide’s hotels are generally aimed at the business market and do a solid job of it. At the top end, new addition The Mayfair is right in the heart of the city, opposite main shopping strip Rundle Mall. It’s an appealing conversion of the old Colonial Mutual Life building, while inside there has been a determined effort to source local furniture. Large walk-in showers, big flatscreen TVs and superking-sized beds help it compete for the title of best in town. Superior Queen Rooms cost from £101. 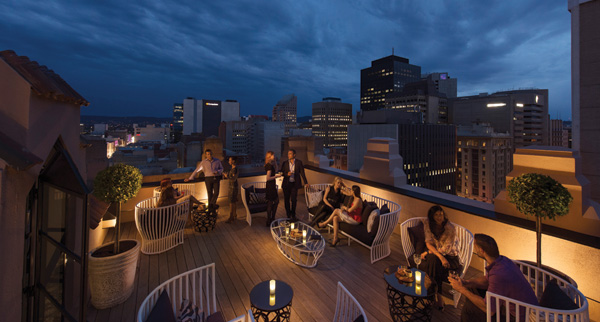 Another option that stands out from the multinational chains is the Majestic Roof Garden. In many rooms, Japanese-style doors look through to the gleaming bathtubs and separate showers in the bathroom. Minibars are deliberately stocked with hard-to-find, locally sourced products and there’s free Wi-Fi for multiple devices – something frustratingly rare in Adelaide. Doubles cost from £72.

The city also has a plethora of good-quality, if not dramatically exciting, apartment hotels. Of these, the Adina Adelaide Treasury takes pride of place in a historic building on Victoria Square in the city centre. Even the smallest studio rooms come with kitchenettes, although the higher categories have full kitchens and washer-dryers.

They work well for both business and families – whether the kids are on fold-out beds or in separate rooms. Prices start at £89 for a studio in June, July or August, and £107 for a one-bedroom.

Beyond the city centre, busy seaside suburb Glenelg is a canny choice with a few accommodation options. Top of the list is the Stamford Grand, a slightly out‑of‑place, oversized tower opposite the pier. The lobby is all golden pillars and expensive leather couches, and the pool area is lined with sunbeds, but the rooms play it safe without any real attempts to rock the design boat. Doubles start at £60.

For many visitors to South Australia, wine is the main draw. The Barossa Valley, just 50 miles northeast of Adelaide, is one of the world’s great viticulture regions, but there are also superb drops to be found in the McLaren Vale, Coonawarra and Clare Valley.

The Barossa is very easy to do on a day trip from Adelaide, but an overnight stay allows for a more relaxed experience and a chance to take in an indulgent dinner too.

Most wineries have cellar doors that offer free sampling sessions, with no obligation to buy a bottle. There are several tasting tours available for those who don’t want to fight over designated driver status – Taste The Barossa does small-group bus tours for £60. 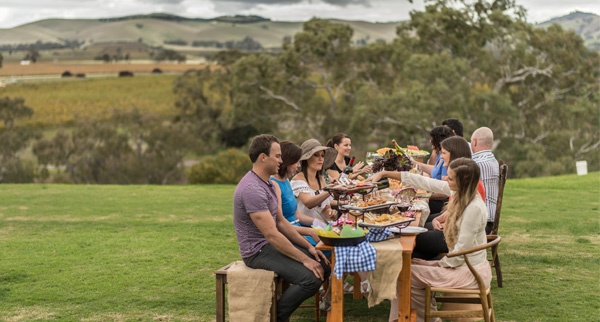 Alternatively, Anzcro sells a four-day self-drive trip through the Barossa and Clare Valleys, staying in boutique accommodation, starting at £312.

Beyond the wine regions, you soon hit the furiously rugged South Australian outback. The Flinders Ranges offers the best taster of this, with stark hills and ridges offering mind-blowingly vast panoramas of the big nothing. Wilpena Pound – a huge natural amphitheatre with a series of sweat-inducing hiking trails – is the star attraction.

Travel 2 sells a four-day Outback South Australia self‑drive trip, which heads to the Flinders Ranges via a night in the Clare Valley wine region, from £369.

In the other direction is Kangaroo Island which, as the name suggests, is something of a wildlife haven. Expect to find free-roaming kangaroos, sleepy koalas up gum trees, fur seals honking on beaches, plus the odd wombat or echidna. There are also plenty of moodily impressive coastal rock formations to coo at. Gruelling one-day trips from Adelaide are available but the travel time is daunting – the island is far better tackled over two or three days. Austravel sells a two-day escorted tour, including transport from Adelaide, the ferry crossing and decent accommodation from £537, or a three-day self-drive from £339.

An alternative is a day trip around the Fleurieu Peninsula, which is closer to the city, has similar landscapes and wildlife-spotting opportunities, plus the added bonus of the McLaren Vale’s wineries and microbreweries. Off Piste Tours takes a four-wheel drive down some of the spectacular bush tracks, while combining the drink and animal highlights, from £114.